Ladies, you can now feel an even greater sense of accomplishment in your children knowing that YOU are one of the main reasons for their intelligence levels. Sorry dad, your genes just didn’t quite make the mark!

By focusing on this article by Jennifer Delgado, it is clear that intelligence genes are indeed passed on from parent to offspring through the X chromosome.

So if you’re searching for that perfect sperm bank donor; don’t worry too much about their Intelligence Quotient (IQ) levels, because your children will most likely be inheriting it from you!

The Relationship of Genetics and Intelligence 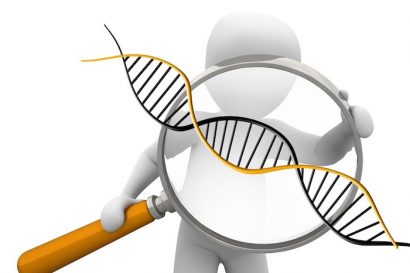 It is all down to the positioning of the intelligence genes. According to Professor Gillian Turner, ‘Lehrke was the first to suggest that the genes for coding intellectual function might be on the X chromosome.’ This research into the X chromosome’s relationship with intelligence has often been a point of speculation for scientists.

A study from Cambridge University in 1884 on mice was one of the first experiments to show the importance of the mother’s X chromosome on intelligence.

They used mice to prove that paternal and maternal genes could be sourced in the brain. However, they could not find any lasting results that showed that these genes are found in the part of the brain associated with intelligence.

This lack of proof encouraged even more research on intelligence and X chromosomes.

New Studies on The X Chromosome

According to Delgado, The University of Ulm in Germany;’studied the genes involved in brain damage and found that many of them, especially those that are related to cognitive abilities, were on the X chromosome.’

This was a revolutionary discovery which proved that intelligence is directly linked to the mother’s genes.

Another study at The Medical Research Council in Scotland came to the conclusion that the best predictor of intelligence was the IQ of the mother after doing a prolonged experiment on 12,686 young children aged 14-22 years old. Delgado says it revealed that their IQ was only a maximum of ‘15 points different to their mothers’. Why not see how many points different you are to your mother by doing the IQ test linked above!

Find out more information about this study by watching the video below.

Although there are many studies supporting genetics being the primary source of a child’s genetics, it is impossible to ignore the environmental factors that may affect their IQ.

The Nature Vs Nurture Debate 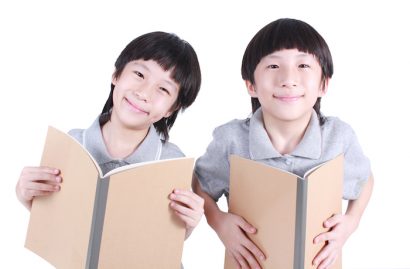 The nature(genes) vs nurture(environmental factors) debate has always been widely deliberated. It even dates back to ‘the 17th-century’ (Jelte, M et al), researched by famous philosophers like Aristotle!

It is evident from the start that children will need both unique nurturing and healthy genes to become well rounded, intelligent adults.

However, ‘A person’s environment and genes influence each other, and it can be challenging to tease apart the effects of the environment from those of genetics,’ states The Genetic Home Reference.

Although we realize that both nature and nurture are important, the question is; which one is more important? Some argue that nurture has the upper hand over nature; many experiments involving twins, adopted, or similarly situated children. Proving that without the right nurturing, no matter what your genes are like, you will only have a certain level of IQ.

There have been revolutionary studies regarding how social status and IQ are clearly linked, according to Deary; ‘There is a positive association between intelligence test scores in childhood and social position later in life’. This study proves jus how important nurture is in the debate on intelligence.

There is no clear answer to the nature vs. nurture debate, and it will be carried on for a very long time. But the evidence supporting both is clear, and it is evident they both influence IQ. So why not pick up the phone and thank your mother (or maybe get annoyed at her) for your intellectual genes!

Just remember; no matter how much you may look or act like your father, it’s most likely your brains come from your mom!

Finland Ends Homelessness and Provides Shelter For All in Need.

Advertisement
Dashboard
Read Next: 7 Parenting Mistakes Everyone Should Try to Avoid
We use cookies to ensure that we give you the best experience on our website. If you would like to avoid this, please disable cookies in your browser settings.Thanks for letting me know!